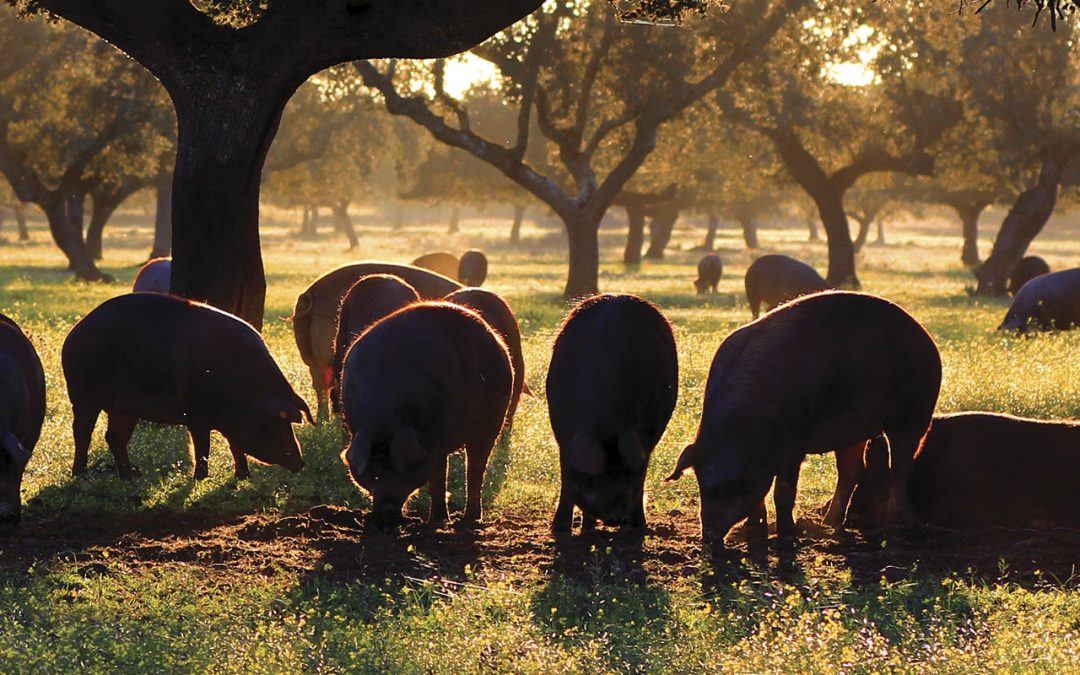 Pata Negra, “black ham”. What should I purchase? Here we have some advice to you..

Black ham. There are different ways to refer to the leading product of ham such as pata negra or “black ham”, jamón de bellota or “acorn ham”, jamón ibérico or “Iberian ham”, ibérico puro or “Spanish ham” and jamón con vetas or “Serrano ham”.
Having pleasing taste, it is a prestigious Spanish delicacy. But how do we know that the Iberian ham we purchase is actually made from pure breed Iberian pig

Iberian ham is highly valued by Marca España (Spanish Brand), whose aim is to improve the reputation of Spain both here and abroad. Other products that are comparable to Iberian ham could be Beluga Caviar and Wagyu Meat.
System Label colour, Sealing and Label system is really important because labels gives us information about the quality of the ham so we can estimate its price.
There are different colours of label depending on the price of ham. The most expensive ham would have the black label, followed by the red, green and white ones.

Iberian ham is a leading product of Spanish gastronomy. In fact, Iberian ham, olive oil and wine are internationally famous Spanish products, which are requested around the world.

First of all, it could be interesting to know that this denomination (“Acorn Iberian ham”) is due to the pig’s feeding during its life. This ham is considered a special one and its meat is dark red-coloured. It is made from the upper part of the pig’s leg, known as caña, which is long and thin and has almost no external fat. In conclusion, the colour of this meat is marvellous.

“Crossbred Acorn Iberian Ham” is made from a pig with larger body and fatter legs. Its meat is lighter-coloured and it has a little of external fat.

This kind of ham is also made from a larger pig and it has also a little of external fat. However, it not as prestigious as the others because the pig has not been fed by acorns. The colour of this meat is less bright than pure “Acorn Iberian ham”.