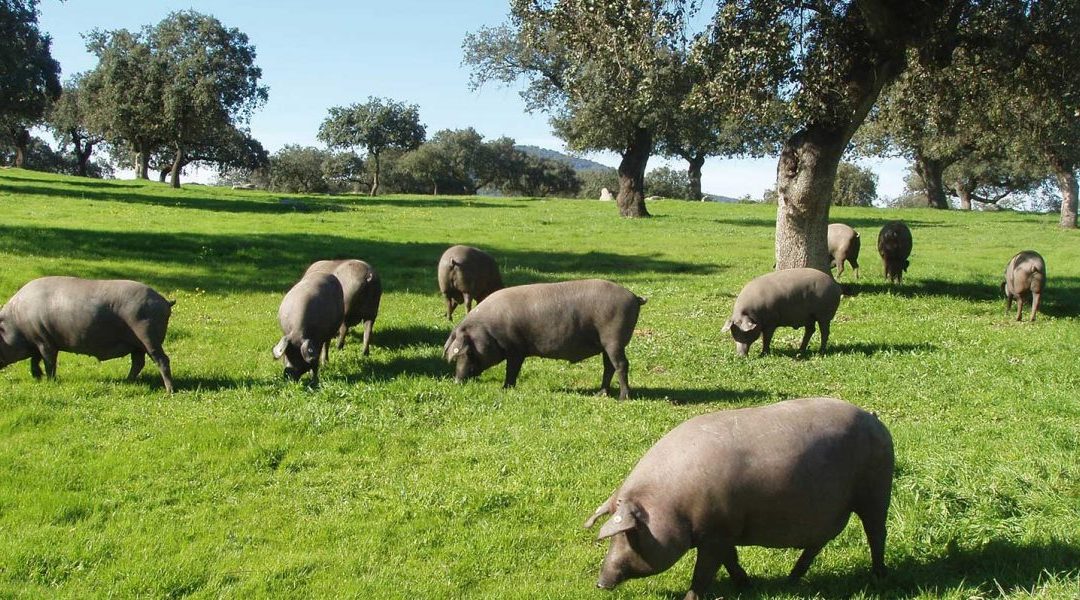 The Iberian ham and the Serrano one are not the same type of Spanish cured ham. The aim of this post is to let you know the difference between Iberian ham and Serrano ham.

Iberian ham comes from the Iberian pig which is a breed unique from Spain. To consider that one cured ham is an Iberian ham, the origin of the pig must be Iberian in a 50 %. The higher the percentage is, the higher quality has the cured ham.
Moreover, one of the main characteristics of this kind of pigs is that they grow free in meadows.
Depending on the diet, there are different types of Iberian ham: